It is hard to believe that it has been a year since we moved into our new offices in Stratford upon Avon last September. The feedback from clients who have visited has been very positive and we’re enjoying being part of the vibrant business community in this area.

Our articles in this newsletter include a reminder about the new restriction on the annual money purchase limit for pension contributions, a note about the new taxation structure for share dividends, a reminder that we can undertake pension advice clinics at your premises plus the low down on Simon Jackson’s latest sporting achievement.

The Financial Services Compensation Scheme (FSCS) to be cut by £10,000

From January 2016 the protection limit for money held in banks and building societies will reduce from £85,000 down to £75,000.  Currently, if you have funds exceeding £85,000 in a bank or building society you are fully protected by the FSCS if the institution goes bust.  Some banks share a banking licence with other financial institutions (eg Aviva, Standard Life, etc) so if you have funds in more than one institution under the same licence, you won’t be fully protected if those funds total more than £75,000.  This is worth bearing in mind if you are likely to be making a sizeable deposit or receiving a large lump sum.

A reminder that the new Money Purchase Annual Allowance (MPAA) of £10,000 is now effective and restricts the maximum amount you are permitted to contribute to your pension each year under certain circumstances.  This was introduced as part of the pension freedom legislation and will come into play as follows:-

If you are affected by the new MPAA and would like to discuss your options please get in touch by phone on 01789 263257 or email us at justask@jjfsltd.com.

Changes to the way in which share dividends are taxed

Basic rate payers will feel the difference immediately the new rates are effective as they will pay tax on any amount over the £5,000 allowance, whereas higher rate payers will be better off on dividends received that are below the £5,000 threshold.

For more information please click here to view or download our factsheet or to discuss further, please call us on 01789 263257 or email justask@jjfsltd.com or your usual JJFS contact.

The market turmoil this year has led some to believe that we are facing the beginnings of a bear market but in their recent market analysis Standard Life Investments do not foresee a global recession and are confident that a further positive phase remains for the current bull market.  Click to read the full article…

The impact of changing the State Retirement Age

Since 2010 the state pension age for women has been changing to bring it into line with the state pension age for men and many women discovered, quite late into their working lives, that the pension they expected to receive at age 60 would be delayed. The worst affected were women born in the mid-50s and the resulting loss of income ran into the tens of thousands in some cases – a huge sum to try and recoup when you’re so close to retirement. For them it was simply a case of being born too late.  Yes, we are all living longer which is a positive thing but that’s a small consolation for those women who worked most of their lives expecting to receive their pension at age 60 only to discover they wouldn’t receive it until age 66.

As for the rest of us, the state retirement age is predicted to continue rising steadily and could reach age 70 by the middle of this century. With so much uncertainty as to exactly when our state pension will become payable even the best laid pension planning arrangements can be thrown off course and this will be a real issue for those trying to plan their retirement in the mid-21st century.

The introduction of the new pension freedoms has created a huge amount of interest and according to the FCA more than 200,000 pension policies were accessed during the first 3 months of the new arrangements.  Naturally there has been a corresponding increase in the number of people seeking advice on how best to access their funds, yet recent conversations we’ve had with some new  clients, has highlighted just how little advice is currently being provided or even offered, to scheme members by existing scheme administrators.

We provide individual advice to scheme members as a standard part of our service for company pension schemes and many of you will be aware that we can hold pension clinics at your premises to provide individual pension advice to your scheme members.  In fact, we can even hold these clinics as a standalone service where another provider administers the scheme but doesn’t offer any advice. To find out more please call us on 01789 263257 or email us at justask@jjfsltd.com.

What has Simon Jackson been up to lately? 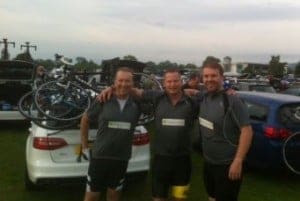 Following his successful Wolf Run last year, Simon Jackson decided to take part in the Mad Hatter Sportive 2015, a 72 mile cycle ride through the counties of Worcestershire, Herefordshire and Gloucestershire featuring stunning views of the Brecon Beacons and the Black Mountains.  Of course views like that are not usually seen from ground level and this was no exception as the route included a long 900 foot climb up the Malvern Hills. 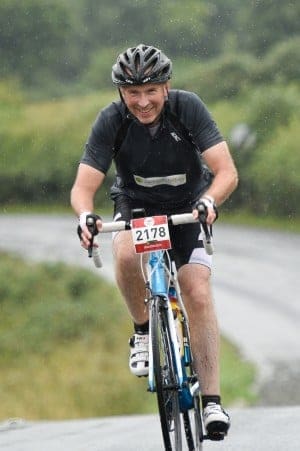 Simon was joined by fellow team mates, ‘Mortgage Mat’ Clamp and Personal Trainer Phil Sims, and as none of them had attempted a route of this magnitude before it was a real test of their endurance.  The 900 foot climb took its toll on many of the competitors but Simon proved to be the star of the day as he completed the entire climb without stopping, despite having a few more years under his belt than his two team mates! 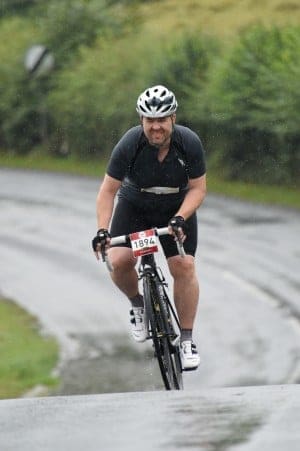 Special mention must be reserved for the weather which couldn’t have been much worse.  The day dawned dry but overcast and gradually deteriorated from light rain into a torrential downpour and roads full of puddles.  These are not ideal cycling conditions to say the least, but all three finished the route safely in just under 5 hours.

Congratulations to Simon, Mat and Phil on your impressive achievement.  (Move over Sir Bradley Wiggins…..)